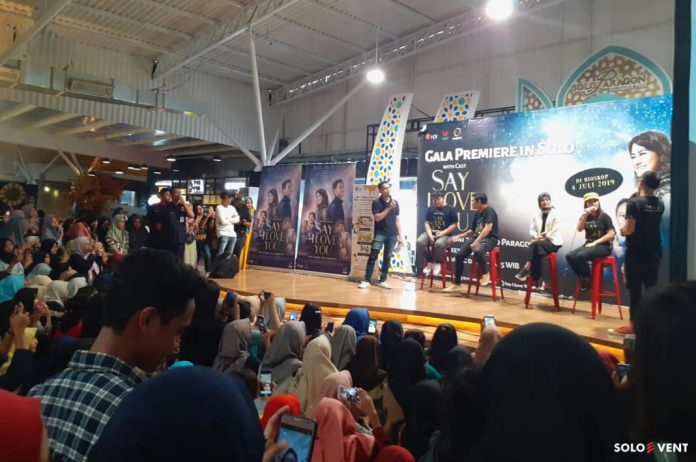 Soloevent.id – Say I Love You casts held a roadshow to several cities. Solo is the destination. Saturday (6/15/2019), fans of Dinda Hauw, Teuku Ryzki, Alvaro Maldini (Aldi), and Ashilla Zahrantiara were lucky to meet their idols.

They held a meet-and-greet at the Solo Paragon Mall Food Factory. Here, the actors Say, I Love You invited their fans to watch together. It feels special tho. By Gala Premier, fans can watch Say, I Love You earlier than the schedule in Indonesia.

Amazing, right? The teenage fans were so excited and going crazy when Dinda Hauw and friends arrived at the location. They hug and ask for photos. 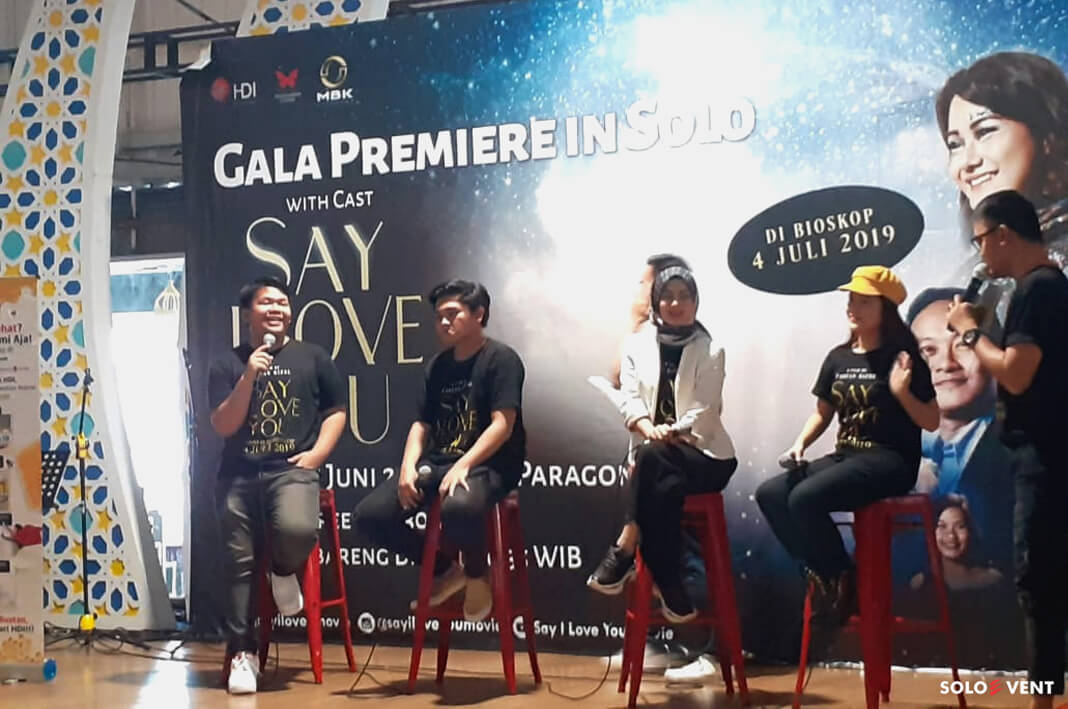 Not only enliven by games, but the casts also shared their experience during the acting process. “I read the script then I got motivated by it,” Dinda said on the stage.

To close the event fans were invited to sing with Say, I Love You’ soundtrack by Ashira Zamita with Aldi. 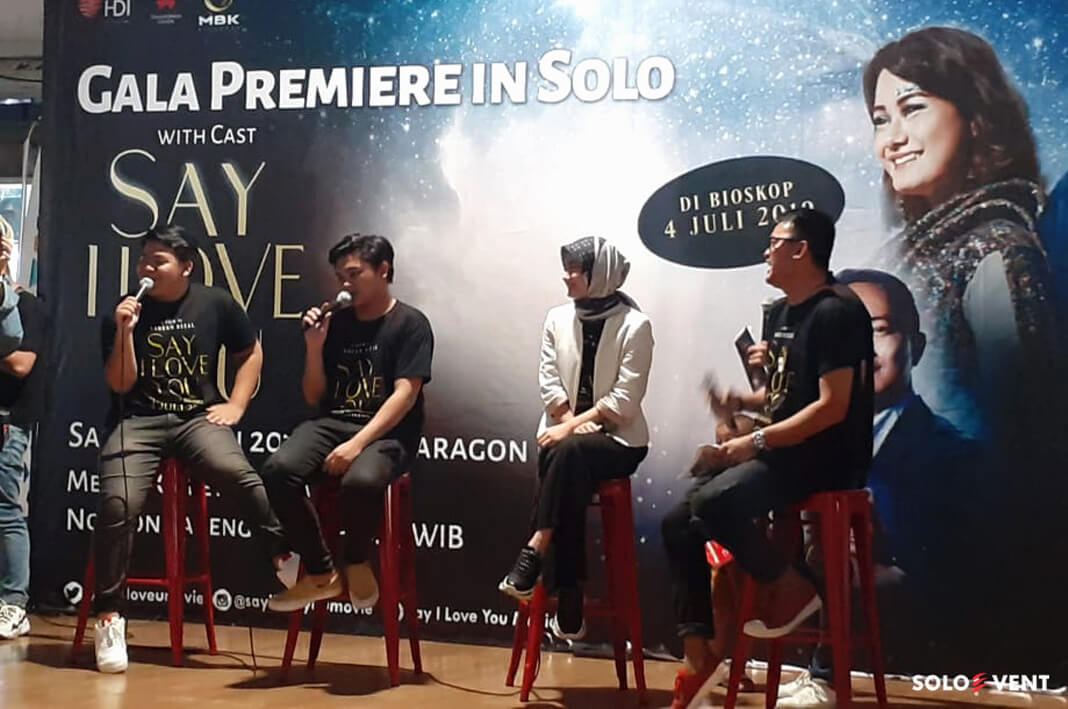 This movie tells about a student from Selamat Pagi Indonesia High School Malang. Sheren (Dinda Hauw) is an energetic and gifted girl. Sheren wants to pursue a dream and fight for his love.

Robet (Alvaro Maldini), the school’ bad boy, fall for her. It’s not easy for her and Robet to fight for love, because of the strict rules imposed by the school. They must build a good reputation of the school. Sheren has a strong bond with the school that has given her a million dreams and hopes.

But Gala Premier is done, so you have to wait until July 4, 2019. FYI! The film directed by Faozan Rizal.