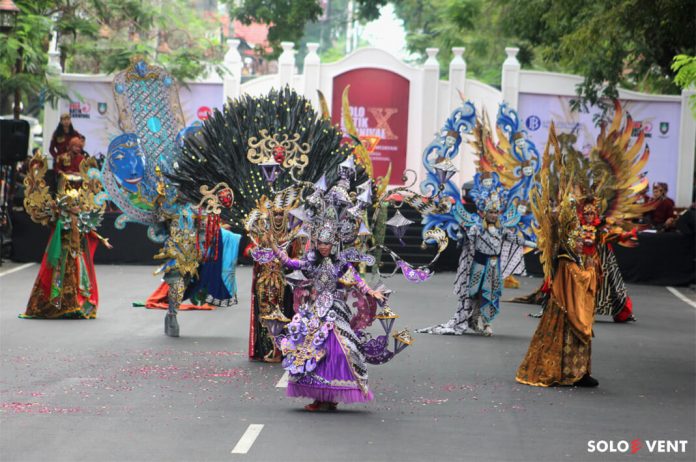 Before the SBC XII participants start to walk, the event began with an opening ceremony. The coordinator of the Solo Batik Carnival 2019, Ragowo Ade Kurniawan, revealed something different for this year. There will be a flash mob along Jl. Bhayangkara. The eleven teams will dance accompanied by DJ music collaborated with gamelan. 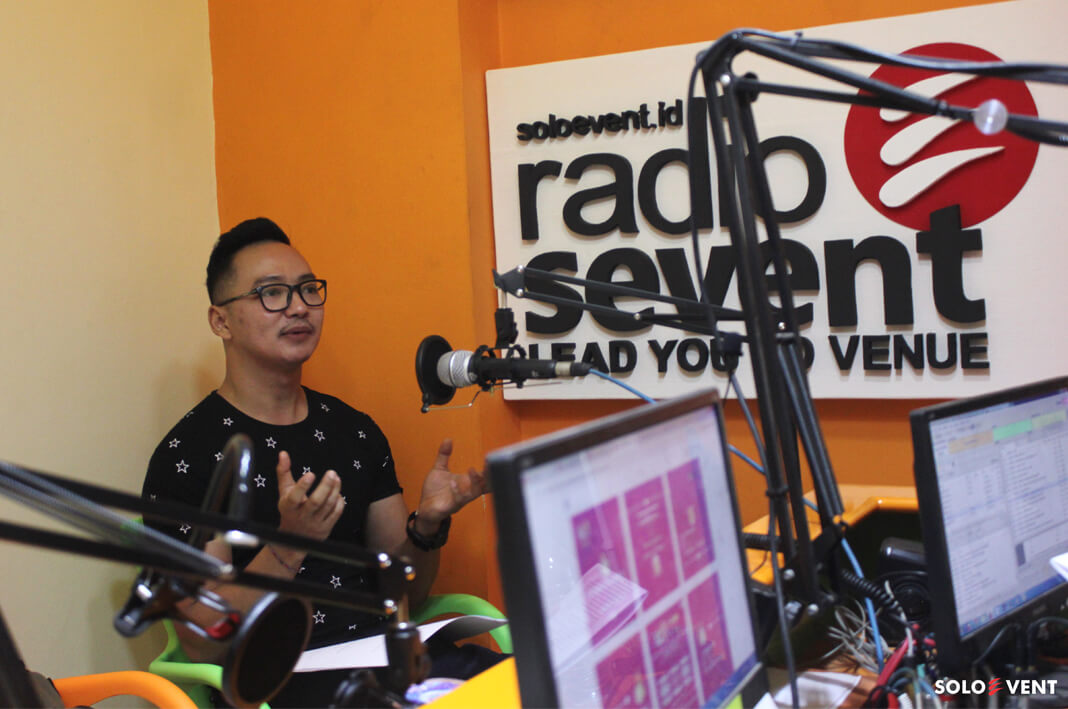 After the opening ceremony, SBC 2019 participants will walk starting from the Radya Library Museum, Jl. Slamet Riyadi, until Surakarta City Hall. It begins at 14.00 WIB. 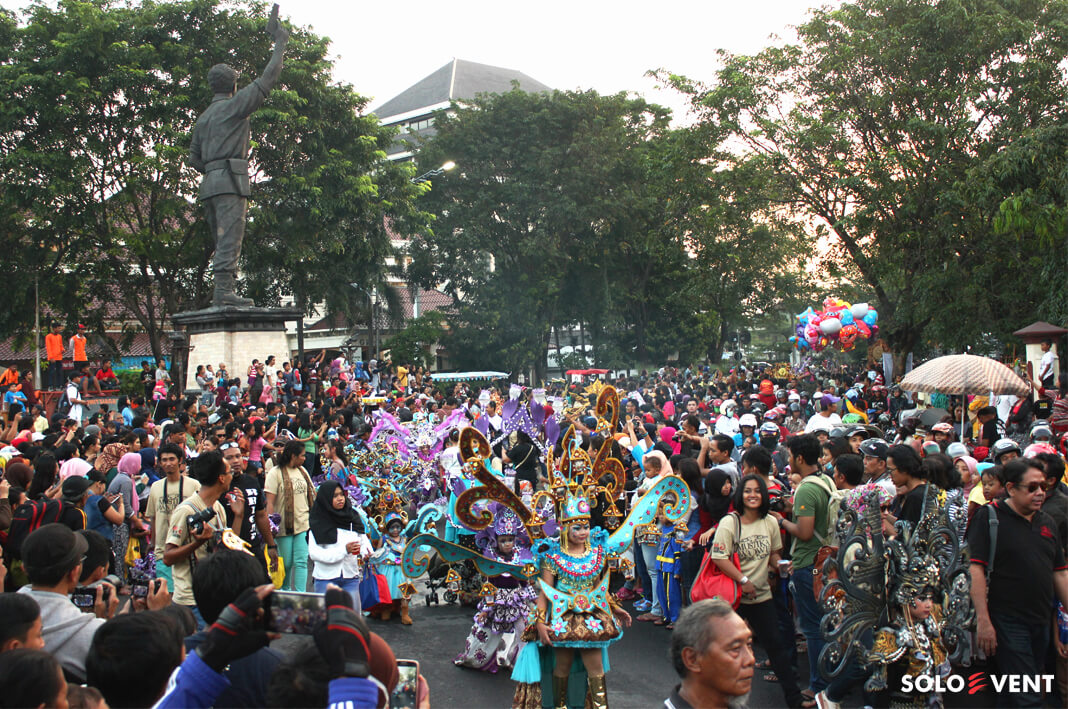 The guests from Samarinda Sarong Festival, Pesona Semarang Carnival, and Grobogan Carnival Center will hit the floor. The Mayor and Deputy Mayor of Surakarta will also participate in the procession. 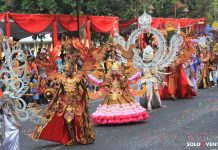 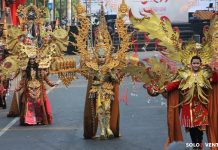 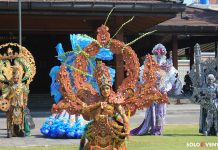 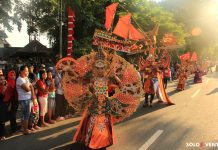 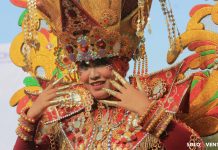