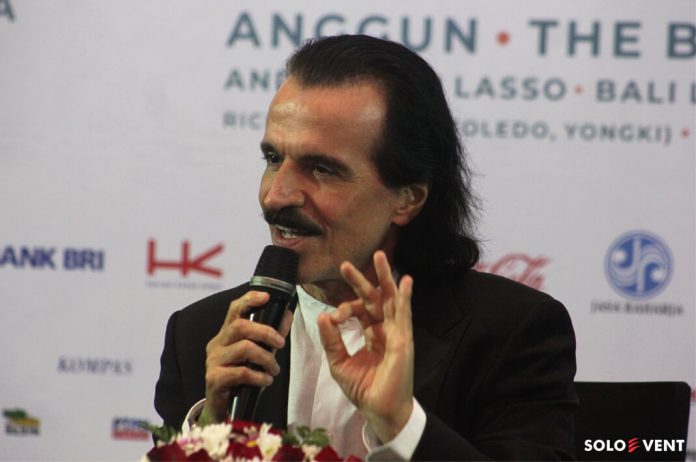 Soloevent.id – Famous Greek musician, Yanni, will hold a performance at Prambanan Jazz Festival (PJF) 2019 on Saturday (07/07/2019). He will appear on the Special Show stage. 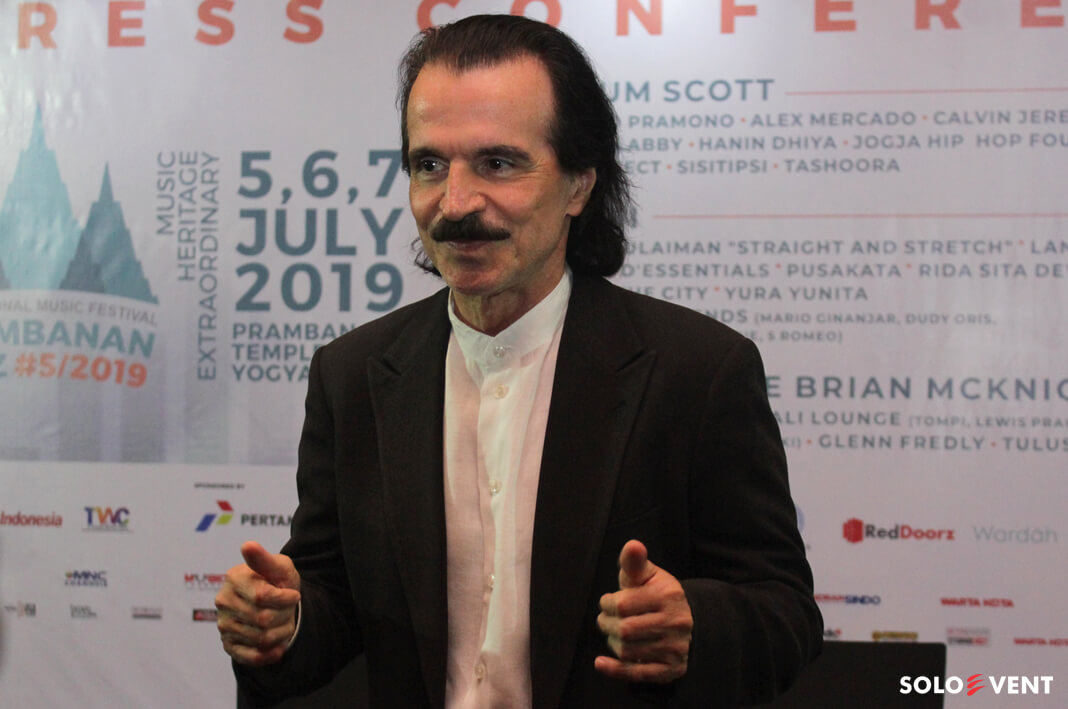 “Time flew away.  I will prepare differently from 25 years ago to adjust the setting or venue,” said Yanni at the Tentrem Hotel.

Yanni is famous as a musician/composer who performs at various historical places in the world, such as the Taj Mahal (India), Forbidden City (China), and what amazes many people is a live recording on the Acropolis (Greece). Frequently appearing in historical places is a way for Yanni to appreciate cultural heritage in a universal language, music. 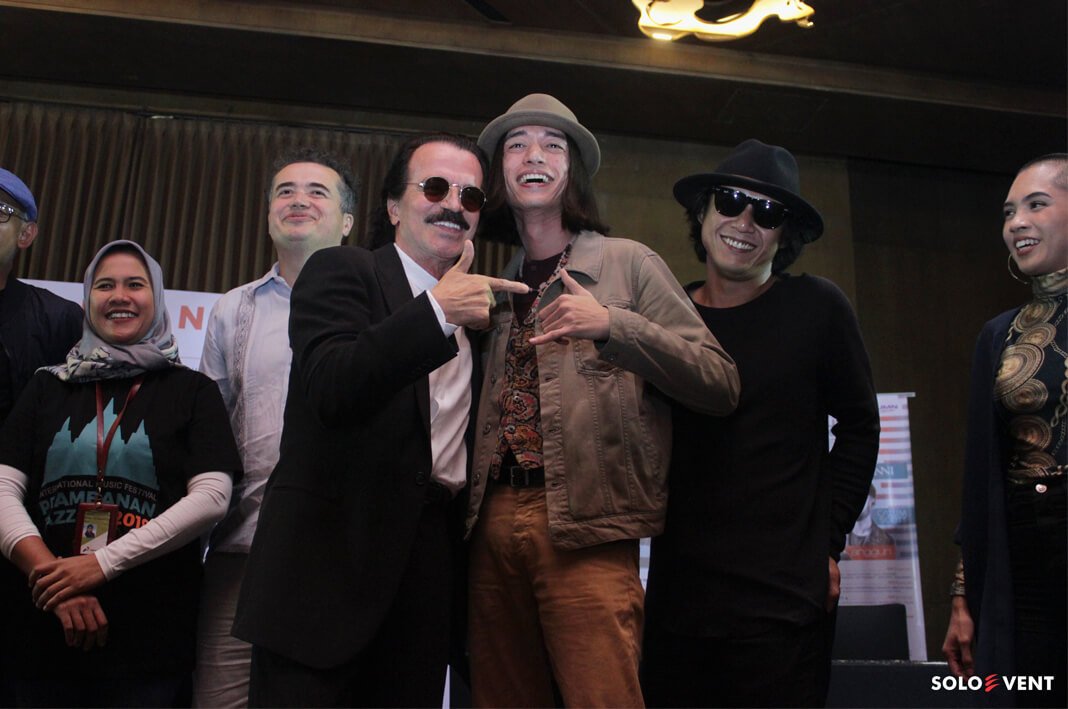 “If I want to communicate works and world heritage with my native language, they will not understand, but music is a universal language and everyone understands it,” he said.

Yanni was scheduled to perform in Indonesia last year. However, due to an accident, he canceled several world tour schedules, one of them in Indonesia. 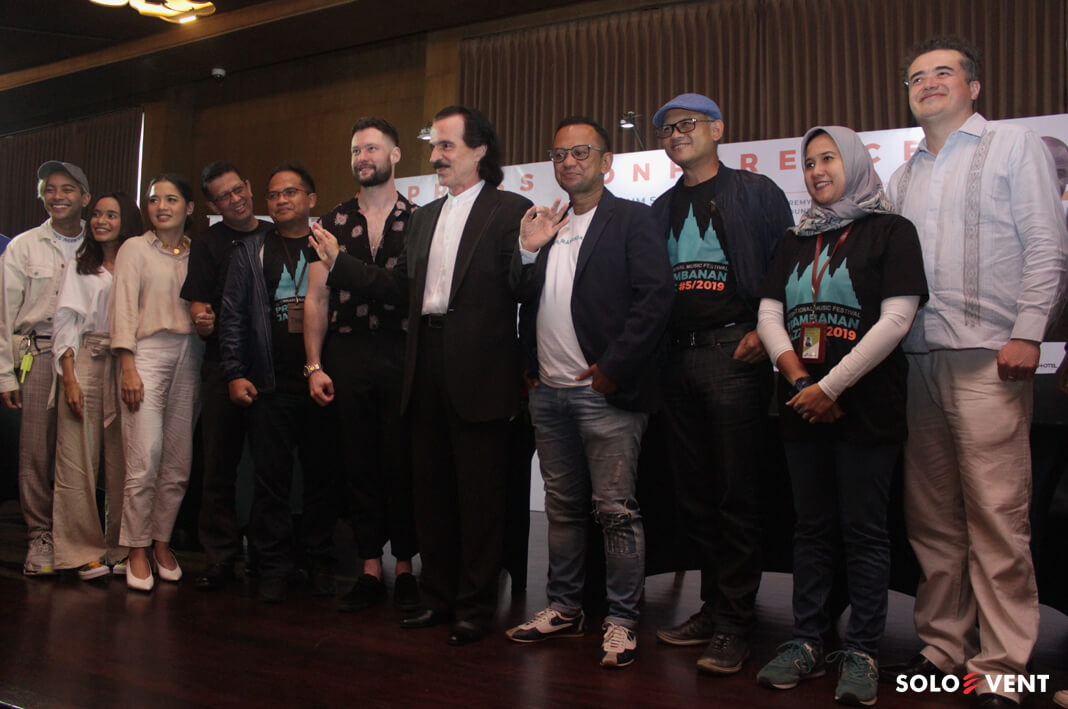 Yanni could face his dark days when he had to lie down and rest for the recovery. It was quite difficult but listen to his musical works become his remedies.

The Prambanan Jazz Festival Promoter represented by Rajawali Indonesia CEO Anas Syahrul Alimi explained that his party had lobbied Yanni less than a year ago and only realized this year.  Yanni at PJF is the only one in the Asia Pacific region. 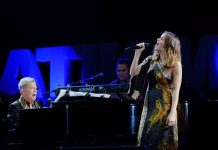 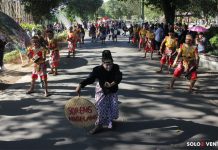 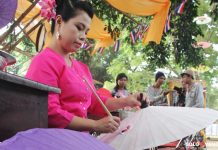 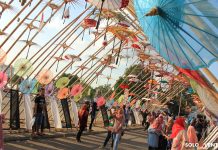