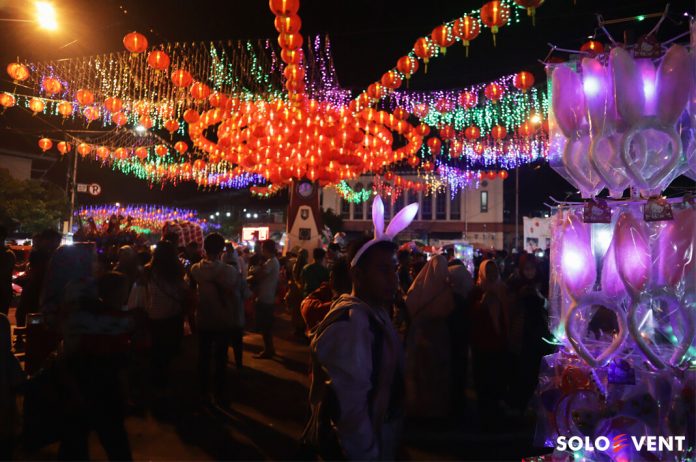 Soloevent.id – The lanterns always warm people surround it not only for taking a picture but also for many people take the opportunity to make money by it.
You can find many peddlers sell their goods. Bayu is one of them. The 51 years-old man sells Barongsai ( Chinese Lion) replica. Every year, he sells those goods to this event. He sells it around 20-30 thousand rupiahs. And, he will earn 100 thousand rupiahs in a day.
“I hope I can sell more than one today. We usually sell our goods in a group, which are Solo and surrounding,” he said.
Here, not only the replica of Barongsai but also many kinds of toys such as dragon, Barongsai’s head that can be moved, Shio dolls and soon. You can also find your Cheongsam dress here, though.
“This toy is like a real one,” Bayu said on Thursday (15/1/2019. He sells his goods in front of klenteng Tien Kok Sie.