Soloevent.id – Many quality indie bands in Indonesia. One of them is Fourtwnty. Bands that have easy listening songs and make this listener comfortable are racing.

In addition to a solid gig schedule, Fourtwnty’s career is high, in April they won the “Best Newcomer Band” award at the 2018 Indonesian Choice Awards held by a private television.

Being the “Best Newcomer” is something meaningful for Ari Lesmana, Nuwi, and Roots. Being able to get along with the big names in the country music industry makes their feelings mixed up.

This is the second award for the band Fourtwnty. Previously they had received an award from one of Indonesia’s private radio stations.

Fourtwnty is an emerging indie band. One of their songs, “Zona Nyaman”, was chosen to fill the soundtrack of Filosofi Kopi film 2. “Zona Nyaman” is what makes many of their names known.

The Jakarta-based band has spawned a mini album, Setengah Dulu (2014); then the debut album, Lelaku (2015), followed by the single “Zona Nyaman” as the soundtrack of Filosofi Kopi 2 movie: Ben & Jody; as well as the second full album, Ego & Fungsi Otak (2018). 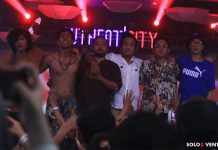 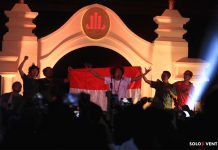 Sing Along with Fourtwnty on New Year Eve 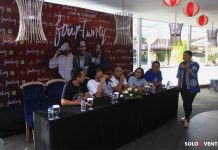 Fourtwnty: From A Band to A Clothing Brand 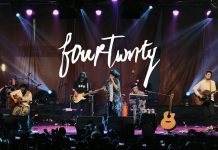 Fourtwnty has an Exclusive Stage at the Sunan Hotel Solo 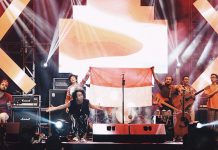 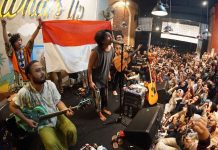