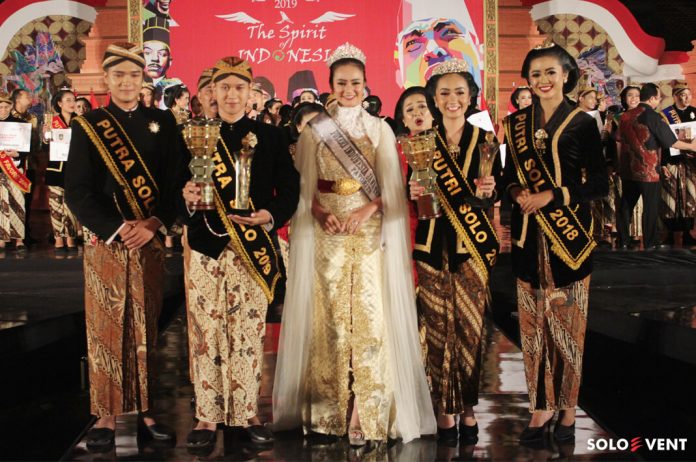 Soloevent.id – After done with quarantine and debriefing, the Election of Putra Putri Solo 2019 finally touched the Grand Final. The 19 finalists from five sub-districts in Solo showed off in front of the jury, guests, and public in the courtyard of the Surakarta City Hall.

It held on Saturday (03/08/2019) night starting with a dance performed by the finalists. Putra Putri Solo 2018 Fathullah Abdul Aziz and Dinda Nur Safira also give a public rendition in the last dance performance. 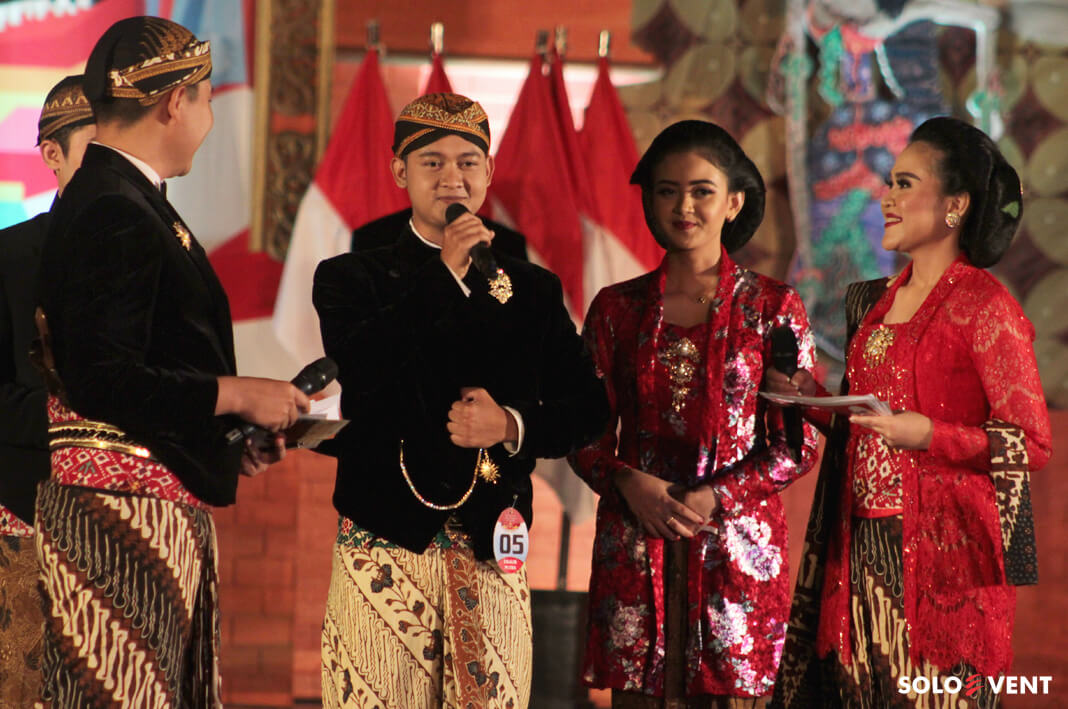 After opening, all finalists came along through the stage. In this session, the finalists answered random questions about tourism, culture, environment, personality, and others. They have one minute to deliver their speech.

The peak performance carried out by the Putra Putri Solo Society with Solo The Spirit of Indonesia titled. The PPS alumni play national figures, such as Sukarno, Mohammad Hatta, General Sudirman, Paku Buwono X, and others. 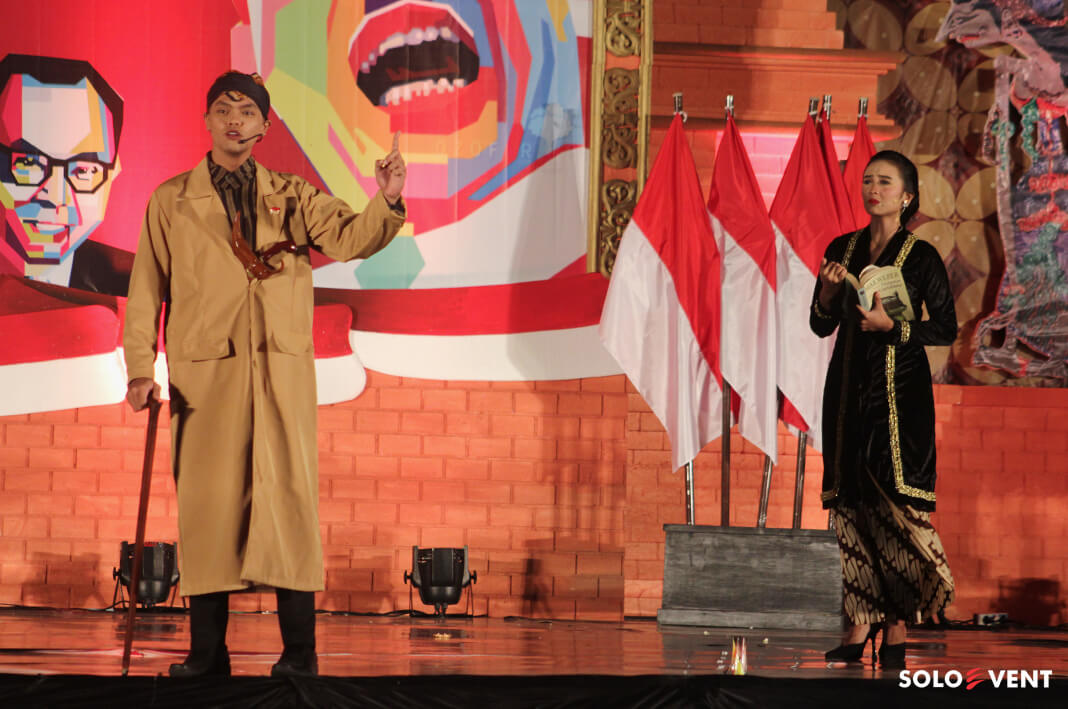 Besides, Gambyong dance and several dances from other regions in Indonesia performed as a form of appreciation for diversity and awareness of tolerance.

FYI, the PPS 2019 assessment has two scores. The quarantine and debriefing have 60% and grand final (took 40%). 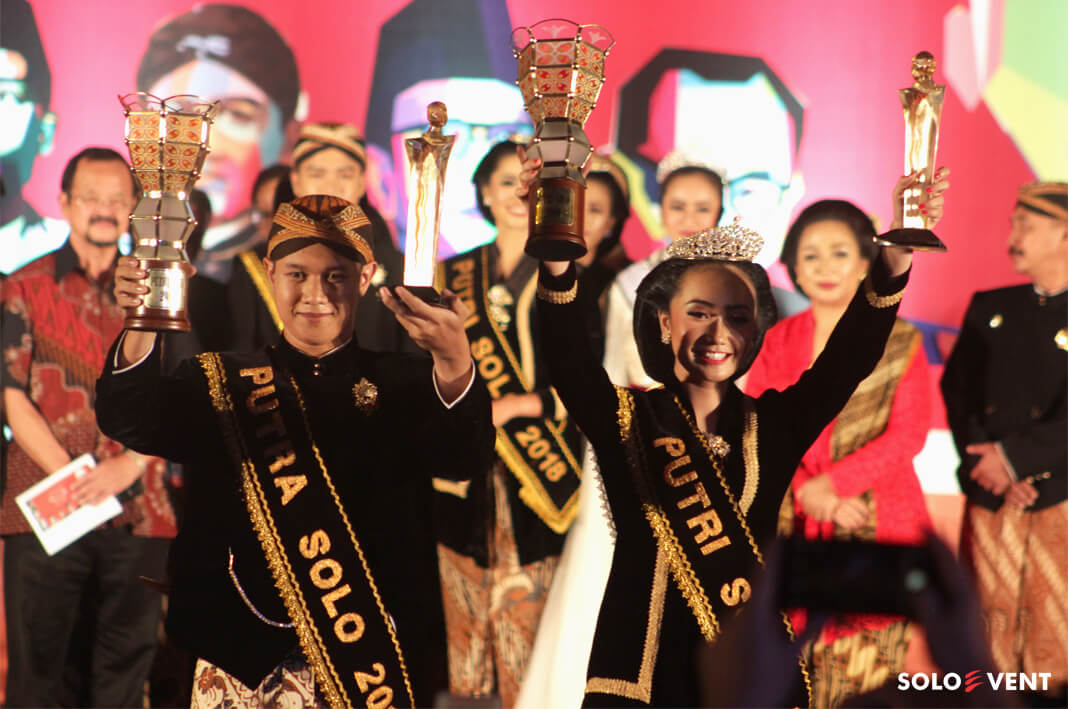 Chairman and Guidance Counselor of the Putra Putri Solo R. Ay. Febri Hapsari Dipokusumo in her speech hoped that this event not only can make them as tourism ambassadors but also can increase their nationalism.

At the end of the event, the Deputy Mayor of Surakarta launched the theme for the Election of PPS 2020, Solo Tamansari Indonesia. 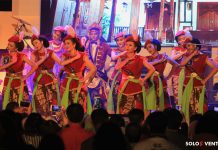 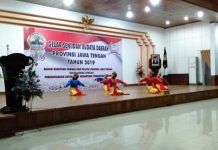 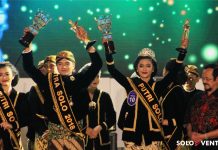